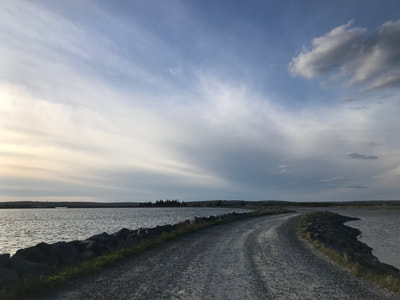 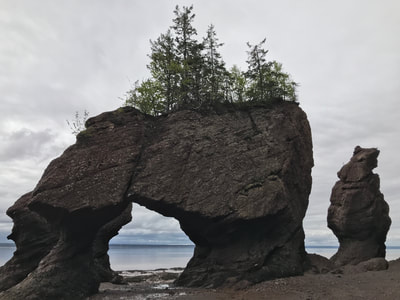 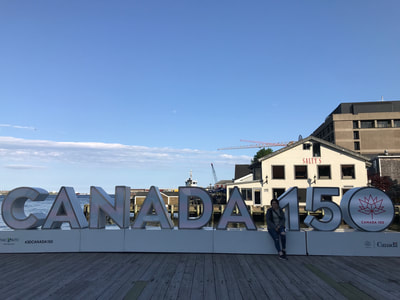 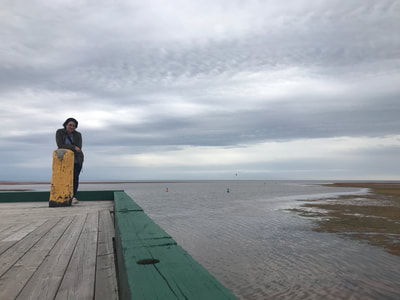 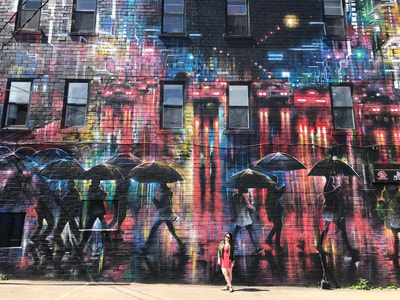 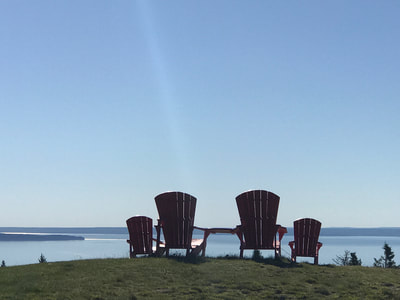 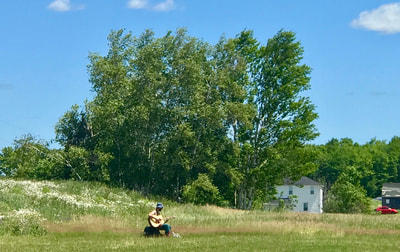 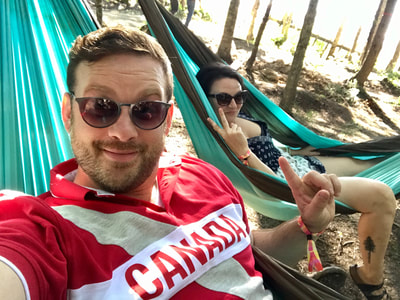 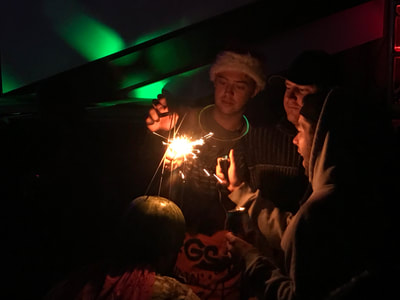 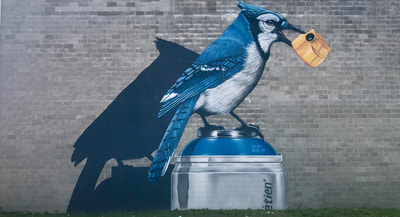 From San Francisco to Moncton: U.S. couple's moving nightmare as they flee Trump Vincent and Michelle Merola say crossing the border into Canada "one of the happiest days" of their lives
Vanessa Blanch · CBC News · Posted: Jun 22, 2018 6:00 AM AT | Last Updated: June 22 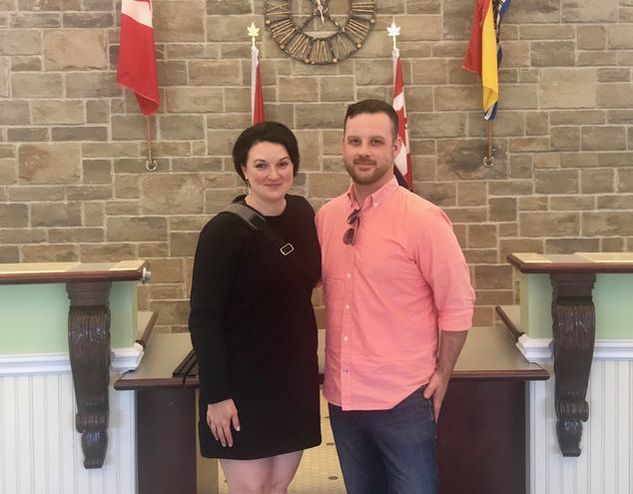 This photo was taken on May 15 at the Canadian border as Michelle and Vincent Merola entered the country to begin their new life in New Brunswick. (Submitted by Vincent Merola)
For Vincent Merola and his wife, Michelle, it was the election of Donald Trump that led them to a new life in Moncton. The couple, who are in their mid-30s, were living and working in San Francisco when they made the decision to apply for permanent residency in Canada.

"We want this to be a political statement in the U.S.," Vincent Merola said. "We want to say, 'Our tax dollars are not going to go to fund this administration and their actions,' and we bought this home in Moncton." 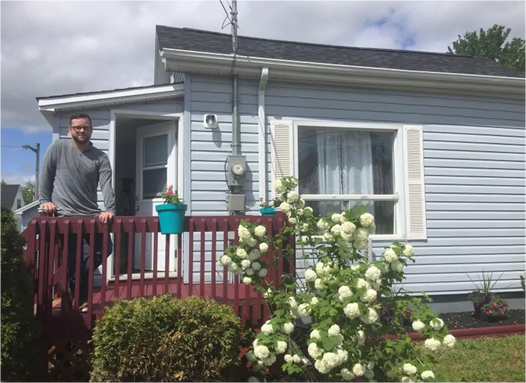 Vincent Merola said the two-bedroom home they purchased in Moncton is much more affordable than the cottage they had in San Francisco, where they paid $2,400 USD per month. (Vanessa Blanch/CBC)
"We were very emotional," he said. "We were hugging each other, and the border agent took a picture of us in front of the Canadian flag and in front of a picture of the Queen. It was wonderful."
​
Since arriving in Moncton, the two have been amazed by the friendliness of their neighbours.
"The welcoming nature of Canadians, the friendliness — I say that the stereotype doesn't do it justice. Everybody has been incredibly helpful and friendly here."

However, Merola said the experience of moving to Canada has been marred by the Canadian company he and his wife hired to transport their belongings from San Francisco to Moncton.
​
"This is by far, the most un-Canadian experience we've had," he said of his dealings to date with Vega Line Moving and Storage. 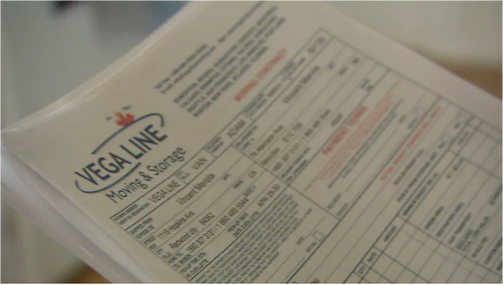 Merola said the first sign of trouble was when no one from Vega Line contacted him, as planned, the day before. When he phoned the company he says he was told, "Sorry, we don't have a truck in your area."

The couple had no choice but to have their home cleared out by May 1, when they were getting on a plane, so had to arrange storage of their belongings at the last minute at a cost of $920.

According to e-mails provided by Merola, Vega Line originally promised to pay that bill but later wrote "$920 is too much for 1,000 lbs... we will only cover $200 US."

Merola said their belongings were picked up from storage in California on May 4, but nearly two months later they are still unsure of where everything is.
​
"We've been in contact with them multiple times asking for updates. The gentleman there who we spoke with... has said, 'If you call back again we'll leave your stuff on the side of the road,' and he fails to tell us where our stuff ever is."

In the meantime, the couple is sleeping on an air mattress in their mostly empty two-bedroom home. They have contacted RCMP in New Brunswick and British Columbia, which is where Vega Line Moving and Storage is based, to report that their things may have been stolen.

"It's pretty horrible," Merola said. "The furniture, the TV — it can be replaced. But we had rare books and collectible art and memories that will probably never be replaced. My wife and I have been married for 18 years. All of our photos... videos are on my computer. If that's gone I'll never have that back." 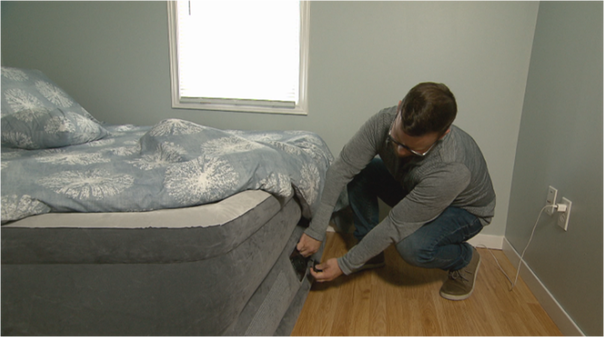 Since arriving in Moncton, Vincent Merola and his wife, Michelle, have purchased a sofa and an air mattress as they wait for their belongings to arrive from California. (Pierre Fournier/CBC)
Merola said the couple also has a rare book collection, which includes a signed, first-edition copy of The Handmaid's Tale by Margaret Atwood.
​
"It would be interesting to know if our stuff is gone for good at this point or if we need to get new stuff and just move on. But again, the stuff is not the issue. It's the memories that could be lost."

Company promises shipment on the way

In a statement to CBC News, Vega Line said the delay in picking up the Merola's belongings in late April stemmed from the fact that the actual weight of the shipment was 2,980 pounds, as compared to their original estimate of 1,000 pounds.

The company said the shipment "arrived to Canada across border" on June 1 and arrived in Scarborough, Ont., on June 18.

"The shipment involves going through 3 hubs and requires 2 customs appointments prior to delivery. Regarding the customs clearing appointment, Canada Customs only operates Mon - Fri 8 am - 4 pm. If the truck carrying the customer's shipment arrives on the weekend, the truck cannot be offloaded as the necessary paper works must be completed," Vega Line said in a statement.
​
In the statement to CBC News, the company promises the Merola's shipment, "scheduled delivery to clear customs in Moncton, NB," is between July 3 and 5, although it adds delivery dates are always estimates and not guaranteed.
The company said it will "discount $1917.00 off the total balance to apologize and compensate for the delay inconveniences to the customer."

Merola said whatever happens with Vega Line and their belongings, he and his wife are happy to be in Moncton and happy to be among Canadians.
​
"The social contract that Canadians have, as compared to the U.S.'s rugged individualism and runaway capitalism, this idea that we're all in this together in this country really fits our world view a lot better," he said. 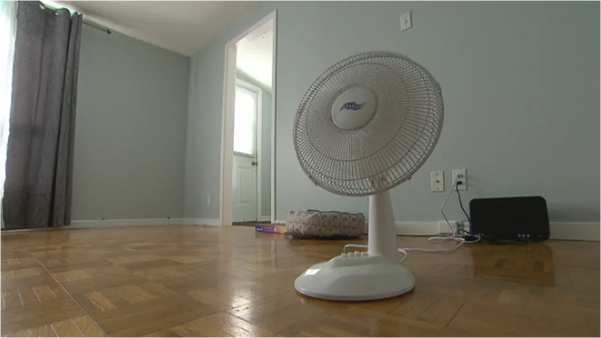 Vincent and Michelle Merola moved into their Moncton home in mid-May with their cats, but they are still waiting for their belongings to arrive from San Francisco. (Pierre Fournier/CBC)
He does, however, want to warn his new countrymen to do research before hiring a moving company and not to trust a slick-looking website.

According to the Better Business Bureau, Vega Line Moving and Storage has an F rating based on 21 complaints, 6 of which were not resolved and the fact that the company has "failed to resolve underlying cause(s) of a pattern of complaints."
​
"Ultimately I'm just really curious how whatever governing body, regulatory body, licensing body... can allow an entity like this to exist when there's that many complaints with the company," Merola said.
ABOUT THE AUTHOR:
​
Vanessa Blanch is the news reader for Information Morning Moncton. She has worked for the CBC in Prince Rupert, B.C., Fredericton and Moncton. If you have story ideas to share please e-mail: vanessa.blanch@cbc.ca

This website and its contents including but not limited to graphics, music, and videos are copyright ©1999 - 2018 onefunkydj.com and/or their rightful owners unless otherwise noted. Just because you downloaded it doesn't make it yours. Any reproduction or use other than stated within this website is strictly prohibited without prior permission from the webmaster.
Website by Berkshire Planning Group